I’ve completed my first triathlon last week and it struck me how similar the journey to the race was to what I’m experiencing in the creation of Bismuth. 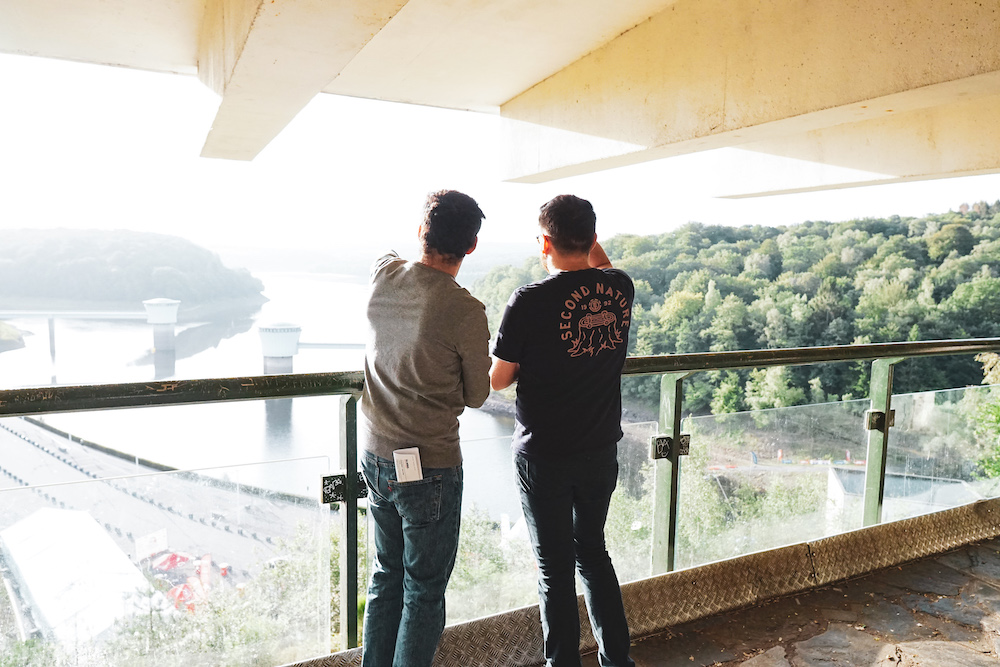 When you’re not an accomplished athlete, signing up for a triathlon is not something you do lightly. I was an avid runner in 2012-2015 but have stopped training since then. I regularly commute by bike (~9km each way) so my legs were still in shape but I’ve hardly done more than a 20km trip in my life.

When a friend asked me to join a small group of wannabe triathletes training for La Gileppe Trophy Orbea it was hard to resist. We would not train for nothing: we had a well-identified goal. This is very different than just aiming for an abstract objective (being a triathlete).

The same goes for a startup. Aiming for startup life should not be a goal in itself. You should have a more concrete plan.

The social aspect of the endeavour should not be underestimated. We were a group of five guys training for three sports. We were scattered throughout the region (Mons-Brussels-Liège, Belgium) and had only a few trainings together. It made little sense to meet for a one-hour run/swim when you live 2 hours away from each other. We had a couple of longer bike trainings on Sundays though.

But not training together did not mean that there was no network effect. Strava logs and a Facebook group conversation are powerful motivation tools. We could greet ourselves when completing an early morning swim session or a late bike ride. The odds that I took my bike for a spin after a long day were a lot greater than if I was alone. It’s way too easy to postpone a task when you are the only one in town.

Humor and camaraderie work well when you are in doubt and think that you’re falling behind. Sharing content and training tricks maintained the interest and made sure we learnt faster.

The same goes for a startup team. Being alone is good when you need to be focused on the work but interactions and discussions are important for ideation, motivation and mental health.

Even though we registered for a short distance (triathlon sprint), one of us showed up with an ambitious training plan. It looked a bit too much for me. I knew from the start that I would not be able to follow.

And it’s alright. Sticking to a training plan you know you cannot follow is a stupid idea. Tune it down until you’re confident you can make it.

On my side, I hadn’t swam for ages and could barely cross the pool without losing my breath. Bike was ok-ish thanks to my commute but longer distances were an unknown territory. Running was my strongest point as I had trail running experience and knew the sensation in the legs and in my brain throughout the effort.

Knowing this, I created a plan custom tailored for me. I still don’t know if it was optimal. It probably wasn’t but it got me through the race without any hiccups so I consider it a win. 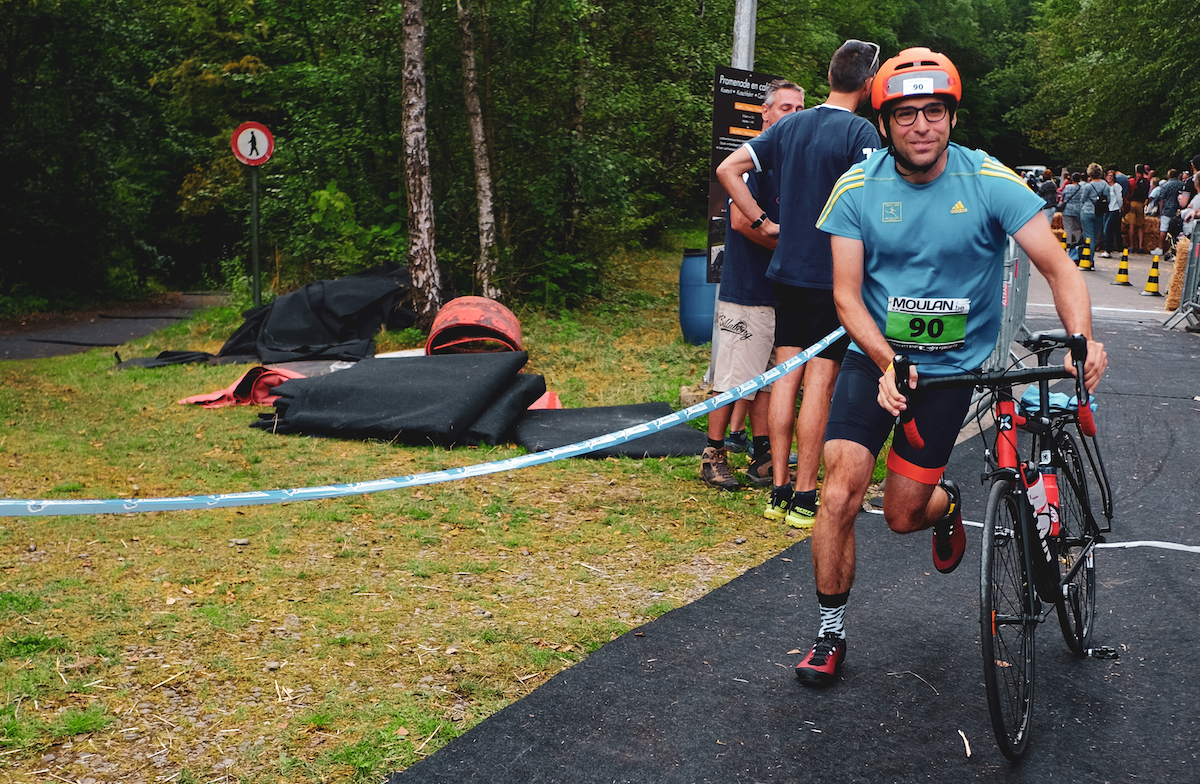 Having the plan is only the beginning. This is something you cannot delegate, you’re the one in charge. Here again, the peer pressure of the group is important. You are not accountable to them but you don’t want to be the lazy ass that does not do anything.

Beware though. I’ve quickly noticed that social life can make it challenging to follow the plan. Up for a beer and pizza tonight? kind of text will challenge your focus and dedication. There’s a balance between turning into a social hermit and going out every night. Keeping the pizza but swapping the beer for sparkling water is the kind of compromise I was willing to make.

A recent interview of Katie Arnold showed that with a bit of creativity, you can mix a social life with kids and strong long distance training.

At my level, the plan is just a guideline. The goal was not to finish in the top 10, so flexibility was more important than performance. In a startup though, you might aim for more. This is okay but be aware of the impacts on your life.

Triathlon or how to be mediocre at three sports

Swim, bike and run are different disciplines. Being at least decent in the three of them is the whole game. For me, it was a revelation: it is much more fun to train for three sports than focus on one.

In a startup, founders are usually doing a bit of everything. They need to juggle between sales, code, marketing, raising money and more. The result should be a balance between these tasks. Of course, the balance is different at every stage and the founder must quickly react to a new situation.

This diversity is extremely challenging but also super fun and rewarding.

Starting a new endeavor is always full of lessons. In triathlon training, you learn to listen to your body. You experiment. You learn how you can improve efficiency by adjusting your swimming strokes. You listen to advice (try your wetsuit in open water before race day!). Some are valid in a context but not in another. Keep them in mind though, they could be useful one day.

You’re the beginner with no experience. With practice, you will build confidence and find your rythm. Be patient but don’t be passive.

Knowing when to slow down

In the second month of training, a pain in my knee started to develop. I slowed down training and quickly identified that the pain came from running. When cross-training it can be hard to identify a single source of trouble but in my case it was easy: my running shoes had more than 1000km. Fortunately, summer sales are always good to buy new shoes and the problem went away as fast as it appeared.

Not taking the time to slow down and identify the issue could have dramatic consequences. The same goes for a startup. You should always listen to your feelings (and to metrics) and adjust properly.

Equipment is not that important

Some would believe that you need top-notch equipment to complete a race. This is far from true and the only two technical pieces of equipment you need is a swimming wetsuit and a bike.

The bike is by far the most expensive thing you’ll need. The best bike to start with is the one you already have. A woman finished the triathlon on a foldable Brompton and a lot of riders had mountain bikes. Find a cheap second hand bike on craigslist and start riding.

Nowadays, most startups can be launched without any specific equipment. A laptop and a phone are all you need to get started. You don’t need a $3000+ Macbook Pro or an expensive SAP license to get started. Be smart about it and gear up only when you need to.

Be hungry for more 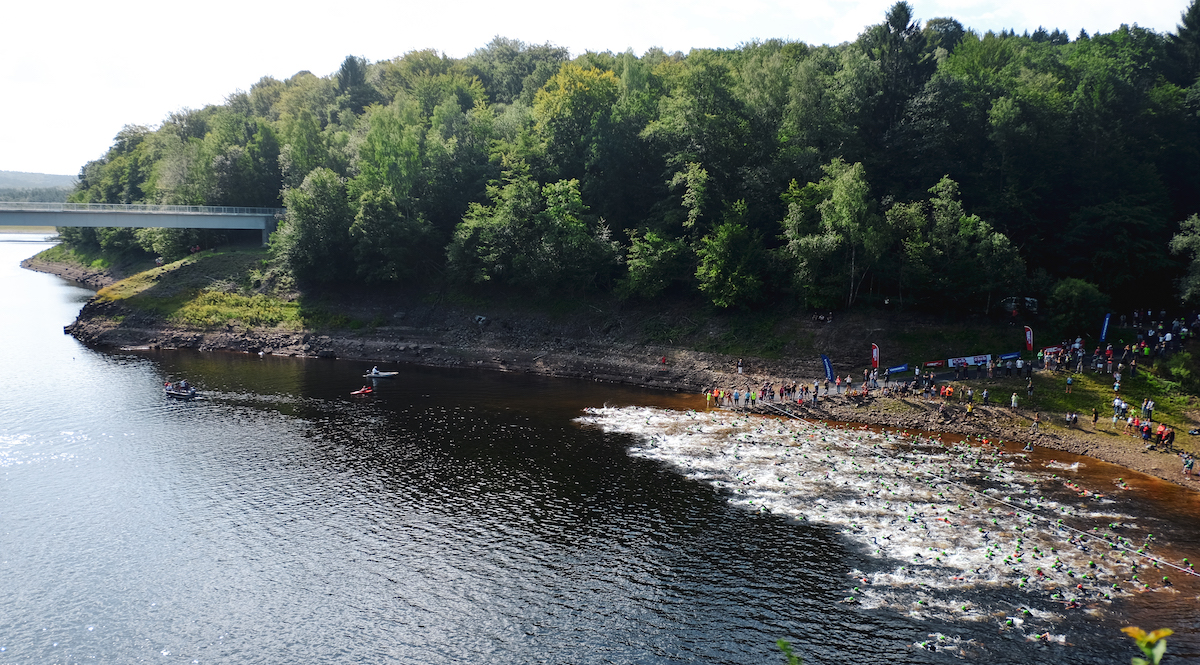 This is just the beginning of my triathlon journey. The sprint distance was a nice start but in the end of the race I still had some energy left. This means that training was good enough and that my body and mind were ready. The whole race was fun and a lot of endorphin was released that day. It’s time to plan the next one. I’m tempted to go for a longer distance this time.

I’ve started to work full time on Bismuth at around the same time that I started to train for the triathlon. Focusing on both is a challenge and some will say that having two parallel activities both requiring a lot of grit is the best way to waste it. I don’t believe it is. On the contrary, I think the two are complementary.

I can’t wait to see how these two will eventually end up!